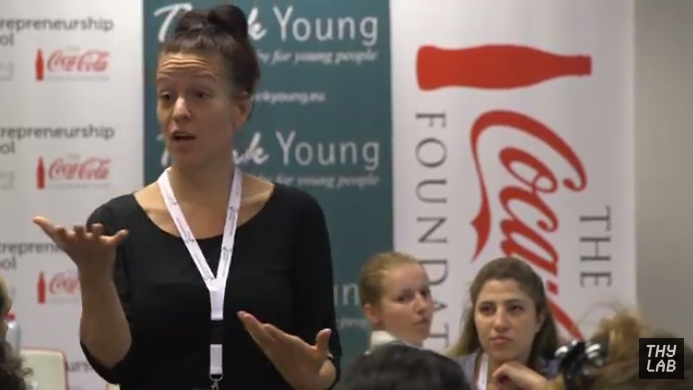 The DLI Board and Executive Team are actively involved in initiatives with partners and stakeholders around the world that promote ESTEAM* leadership by girls and women.  As part of our activities in Summer 2017, DLI Founder, Ms. Cheryl Miller, contributed to the Entrepreneurship Summer School in Brussels, whose outcomes are shared in the video below.

Find out below about our other work in Summer 2017, learn here about future activities in which we are involved, and visit our calendar for upcoming events organised by DLI.

1 June – Digital Festival (Brussels): DLI partnered for the second edition of the Digital Festival, that took place on 1 June in Brussels which aims to celebrate technology, ideas and global innovation. Ms. Cheryl Miller, DLI Founder, contributed to an invitation-only luncheon panel on the topic of “Redesigning Work to Unlock Human Potential.”

11 June – In Conversation with Gloria Steinem at Google (Brussels): In collaboration with the European Women’s Lobby, Google Belgium welcomed Ms. Gloria Steinem in Brussels for an invite-only luncheon attended by Ms. Cheryl Miller, DLI Founder. The event was followed by a panel at Brussels Town Hall and a march to end violence against girls and women.

14 June – SciChallenge Contest: On 14 June, DLI Founder, Ms. Cheryl Miller, joined the jury of the 2017 SciChallenge contest, in which 487 teams from across Europe participated. The twelve top projects were awarded on 20-21 July in Vienna.

21 June – KAGIDER “Women in the Workforce” Session at European Parliament: On 21 June at the European Parliament in Brussels, Ms. Cheryl Miller, DLI Founder, joined a high-level roundtable hosted by MEP Kati Piri and KAGIDER on the the topic of participation of women in the workforce in Turkey and Europe.

29 June – “Women in Tech” Platform Launch (Brussels): On 20 June, DLI joined in celebrating the launch of the Brussels “Women in Tech” platform whose aim is to promote greater participation of girls and women in digital studies and careers in Brussels. The initiative, to which DLI is a partner, is part of the Women In Business platform supported by Impulse Brussels

10-16 July – Entrepreneurship School Brussels: 10-14 July, DLI Founder, Ms. Cheryl Miller, gave a talk to dozens of aspiring entrepreneurs gathered in Brussels to take part in the Think Young Entrepreneurship School 2017. Ms. Miller provided advice and mentorship based on her experience as an entrepreneur and contributed to judging the final presentations at Google in Brussels on 14 July. Top projects by women-led teams were awarded incubation with inQube, DLI’s female tech incubator.

28-30 August – UNESCO International Symposium and Policy Forum (Bangkok): 28-30 August in Bangkok, Ms. Cheryl Miller, DLI Founder, spoke on the topic of “Best practices to increase participation of girls and women in ESTEAM,” as part of the UNESCO International Symposium and Policy Forum on Cracking the Code: Education for Girls in STEM.