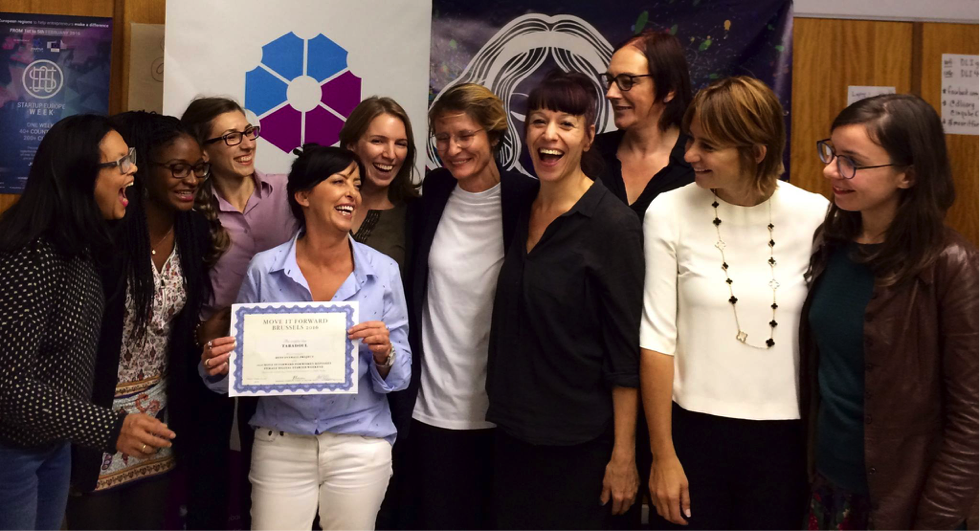 The DLI Board and Executive Team are actively involved in initiatives with partners and stakeholders around the world that promote ESTEAM* leadership by girls and women. Find out below about our work in October 2016, learn here about future activities in which we are involved, and visit our calendar for upcoming events organised by DLI.

6-7 October – Telecentre Europe Annual Conference 2016 (Ghent, Belgium): On 6-7 October in Ghent, Telecentre Europe organised their annual event to address the future of work in a digital area. Ms. Cheryl Miller, DLI Cofounder, led a session on “inclusive digital transformation,” and Ms. Miller was nominated for the Digital Changemaker Award for her work to “aspire to change the world, and by gathering knowledge and resources, make that change happen.”

13 October – Amazon Academy (Brussels): Ms. Cheryl Miller, DLI Cofounder, joined a high-level panel on “innovation” and on “the cloud” at an Amazon Academy event in Brussels.

18 October –  “Europe in the Digital Era – where skills are making the difference” Eskills for Jobs Event (Bratislava):   Under the auspices of the Slovak Presidency of the Council of the EU, Ms. Cheryl Miller, DLI Cofounder, led a panel on “Women in Technology” taking place as part of the Eskills for Jobs program closing event in Bratislava on 18 October.

and growing opportunities for all”: On 18 October at the European Parliament Ms. Rosanna Kurrer, DLI Cofounder, spoke at a high-level event on “digitalisation of women’s entrpeneurship” hosted by KAGIDER, the Women Entrepreneurs Association of Turkey.  This event also showcased the winning projects from the 15-16 Move It Forward weekend organized by DLI in collaboration with KAGIDER.

24-26 October – WOW Code2Confidence Project Launch (Targu Mures, Romania) :  On 24-26 October, Ms. Katja Legisa, DLI Communications Director, traveled to Targu Mures, Romania for the launch of the WOW Code2Confidence project supported by the European Commission Erasmus+ program.  This project, which aims to share best practices to increase digital skills among women, was recently awarded to a European consortium made up of DLI and four partners.