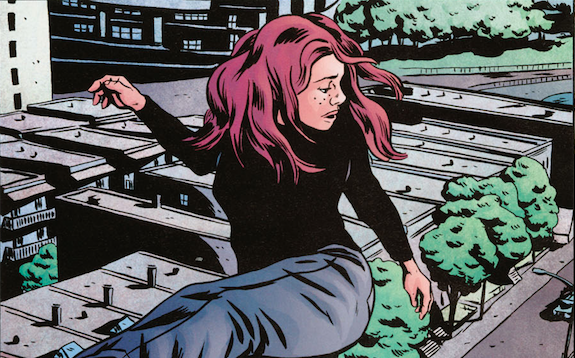 Equality Over Here–Equality Over There
In Europe, we can talk seriously about building a “smart, sustainable and inclusive” society without a smirk or sidelong glance from anyone. The “knowledge society” and the full contribution of a rich, diverse human capital is a widely recognized strength of a modern, united Europe. For this reason, there is a clear basis for formal dialogue on the topic of gender parity and greater empowerment of women — economically, politically and socially. In a formalistic top-down sense, there is reason therefore to even expect ground-breaking leadership by Europe on the topic of gender equality and women’s rights.  This is already evidenced by the milestone passage of the so-called “quota directive,” requiring at least forty percent representation of women on non-executive boards of all publicly-traded European companies.

On the other hand, class, gender and ethnic divides run deep in the old world.  High-level decisions are still largely made by a handful of “haves” and not necessarily in the interest of members of lower economic, social or political status. Change is slow and incremental, and universal directives, even the most noble, must be ratified by twenty-eight sovereign countries each with its own independent and distinct national priorities, culture, history and language(s). This means that any enlightened policies, including on gender parity, still must stand the test of local politics and traditions that have existed and persisted for literally centuries. Gender stereotypes are so ingrained in Europe that they almost typify some cultures, which also means that achieving gender equality on a grassroots level in practice will require a long, arduous and hard fought struggle that, in some senses, is only just beginning.

The Most Equal States?
On the other hand, quick and even far-reaching popular support for gender equality may emerge sooner in the US, as is already somewhat in evidence in this single domestic market with one dominant language, relatively affluent socioeconomic circumstances, and national media,

including digital, that reaches almost all households.  After a certain “tipping point,” uptake of popular grassroots movements, like that in support of gender equality and women’s rights, can be quick and widespread in the US.  Whether such a tipping point has actually been reached for gender parity is certainly up for discussion. But it is clear that the open – sometimes violent – debate currently taking place on this subject, even globally, is dominated by actors, messaging and media, online and off, largely originating in the US.

The Interwebs
Regardless of how one measures progress on gender equality and women’s rights, this top-down leadership and bottom-up populist support are equally critical success factors.  To that end, both the US and Europe have important roles to play, as does the internet, where advances achieved on gender parity can be shared, replicated and scaled worldwide. For that reason, no matter where the struggle is waged, a new and important development is now taking place at the convergence of the battles for gender equality and net neutrality, where it may be argued that a free and open internet has replaced diamonds as a girl’s “best friend.”

Media:  The Silver Bullet
Though there is no silver bullet for achieving gender parity worldwide, popular media may present the single greatest opportunity today for positively impacting cultural norms to increase gender equality and promote women’s rights. Geena Davis famously said “if she can see it, she can be it,” and effectively raised the bar on portrayal of women and girls in popular culture, thus commencing a shift in role depictions in storytelling that may impact gender parity the world over.

As the home of Hollywood, of new content powerhouses like Netflix, and of  internet big brothers like Facebook and Google, the US enjoys unprecedented influence around the world via its unique brand of popular culture — which is consumed with almost equal voraciousness in Moscow, Russia as in Moscow, Idaho. This brings with it a clear responsibility:  The US must also begin to champion gender equality through better and more portrayal of girls and women in its own popular media, and it must equally demand such leadership by other actors — fictional and real — across the globe.

Step Up US!
US leadership on this double mission holds unparalleled promise for impacting the dialogue on gender equality around the world for the better, and it would squarely place the US on footing with Europe in its claims to an inclusive and diverse “knowledge society.”  Given the snails pace at which this topic has advanced to date, such a change — smirks and sidelong glances aside — would be welcome as long overdue.